Daddy speaks and shares what Baby Bell's name will be.... 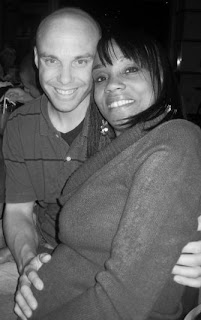 I love the name Joshua because of what it represents. There are few times in my life which I have unmistakably felt the tangible presence of God. One of those times was when He spoke to me about my beautiful wife, and another time was when He 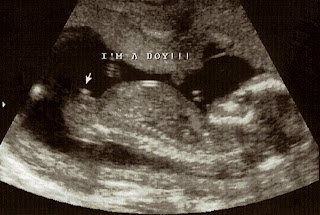 spoke to me about the name of my first son.

It was about four or five years ago as I was riding on a train from San Diego on my way to Oakland, CA. I decided to read my Bible and spend some time with God during the trip. While doing so, I felt God speak to me about what He wanted the name of my first son to be. The name He spoke to me was Joshua. 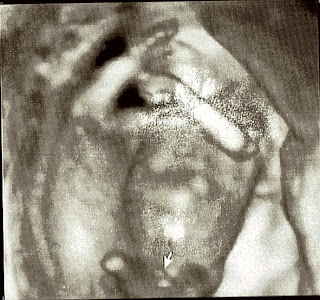 I believe God spoke this name to me because of the Biblical Connotation. In the Bible Joshua was the person God chose to lead His people into the Promise Land. Moses, the only leader that generation of Israelites had ever known, had just died. Joshua was the man whom God chose to replace Moses. Joshua went on to be a great leader and successfully helped the children of Israel walk in the land God had promised to them. 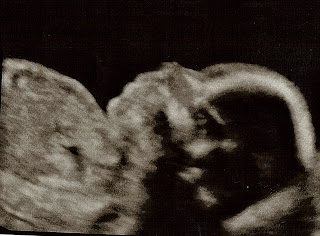 God spoke to me that my first son should be named Joshua because he is going to a great leader, just like Joshua in the Bible. I know that God has a specific purpose and destiny for my son to walk into. I pray that he will make the right decisions in life which will allow God to transform him into the leader which he is called to be.

I picked the middle name for my son to be James. One reason I picked this name was to honor my father James (Jim) Lawrence Bell. My dad is an incredible father. He has always been there for me as I grew up and as I have walked into manhood. I have no doubt that my dad put his all into fatherhood. He was always at every important event in my life and I never remember him missing any of my soccer or basketball games in high school. He is a man of integrity, hard work, and generosity. My dad can also fix or build anything. It amazes me how smart my dad is. When it comes to fixing things around the house, or cars, or putting things together there is nothing my dad does not know. I love him very much and it is an honor for me to be able to give my first son his name.

James is also an important middle name for my son due to other reasons as well. I later came to be aware of the fact that Jonnique’s grandfathers’ name (on her dad’s side) was James. I have heard many great things about him and about how much he loved his grandchildren along with the generosity he showed to them. I never knew him but I suspect that he would feel honored for our son to have the middle name James. In fact his name was James Lawrence Briggs which is very similar to my fathers’ name of James Lawrence Bell. We thought that was very ironic and it only confirmed that our son’s middle name should be James.

Another reason I like the name Joshua James Bell for my son is because of the nick name we can give him. His nick name will be J. J. (not Josh or Joshey)! J.J. obviously stands for Joshua James. I am the type of person who likes to give people nicknames or shorten their name. For example, my wife’s name is Jonnique, but I call her Nique for short or I have a number of nicknames for her such as Boo, Bay, or Ni. Therefore, I am sure that I will want a nick name for my son as well. I feel that J. J. is a cool nickname that can stick with him for the rest of his life.

I have not met Joshua yet, but already love him so much. I will do my all 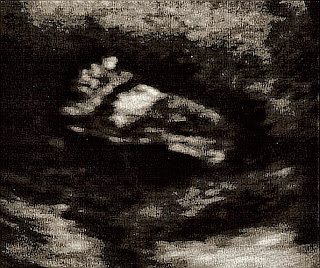 to raise him the best I can. I promise to give my time, energy, and affections to him. I pray that God will help me train him in the ways of the Lord so that he will not depart from them as he grows into a great leader and a great man.

If you ever read this Joshua, please know that you have a great name and you have been named after great people. Your daddy loves you very much and will always be there for you no matter what you go through. I can’t wait to see you walk in all that God has for you. I love you very much and am very proud of you. Your mother and I are very blessed to have you as a son. Never forget to love God with all your heart and to love your neighbor as yourself. Oh yea…also never forget to honor your mother and father (LOL)! I love you and can’t wait to meet you.

Great name choice. Of course, God always picks the best names and for the best reason.

Wes, Great Explanation of the name. I love the name Joshua. I will respect your wishes not to call Joshua (joshey)

I absolutely LOVE what Wesley said in his comments. Jim must be blown away.
Love to you both. Congrats. We love you guys.
Hugs,
AK (AKS GK)

An amazing Introduction, Joshua is DESTINED for greatness. God is so MIND BLOWING! Wes,what a beautiful description of your Father. I know this made him proud. Grandpa Briggs would have made a special trip to visit his Great Grandson. Jonnique was right, he absolutely adored his Grandchildren. Love to all Paw,Paw & Nanna Frances

When your certain you are certain! Doug and I often look back and remember the many names we were throwing around and so glad we ended up with Niah. Niah meaning purpose and Elyse consecrated to the Lord or loves the Lord. Therefore, her purpose is to love the Lord and be consecrated to Him. A name is not a name, and I can see that J.J. will have a story to tell. :)

I loved reading about why you chose Joshua James for my grandson's name! I read it out loud to Dad too. I got teary when I read all the loving, kind, heart-felt things you wrote about your earthly father! You wrote beautifully, Wes, and clearly wrote from your heart. What a gift to both dad and me....and what a precious thing for JJ to read someday. I think you should somehow print it out for him...I love you my first born...you are a gift from God...and I have never nor never will forget that. I thank Him for you nearly everyday, my son! And now I have added to that "prayer of gratitude" a thank you for Nique and JJ!


You're due date is by Aunt Teri and Aunt Geri and Candyce and Shont'e. I wonder what day Joshua James Bell will choose. You brother is named James to right the little one. Joshua in the womb closed his eyes like Sherina son Taejohn, we could see his face too. I know why cousin Wes says he looks like you, look at the nose or cheeks. It's amazing isn't it.

Awhhh how cute! Your tummy is getting big! So Joshua huh..that's what we are going to name our next little one :-)..I guess we think alike!

Beautiful name with a great merit, I love it. Speaking the purpose of God over their lives is so important and to start when he is in the womb is setting the mark or plumb line for his future.

So exciting and I see that belly getting out there...mine is sort of but clothes are getting to tight! I find out the sex on the 1st of April..Pray you two had a blessed and joyous trip and many more to come! TTYL

Wes, I know you are still floating on air. I am so happy for you both.
I loved the latest entry on the blog.
; )
Love you.

Looking forward to writing up the birth of Baby Bell!

I LOVE the name! We used Joshua for a middle name of one of our boys and his initials are also JJ!! :-) So excited for yall!!!

Jonnique
L is for Love and I love to blog! On this blog you will read and see my love for taking lots of pictures, crafting, new recipes, fashion, my family, and Christ! I am married to one of my Best Friends that I met in college. He is the biggest blessing in my life. I am a Mommy to two Miracles ,a Lil Warrior and a Tiny Princess 7 days a week. I also work as a R.N. 2-3 nights a week. I believe blogging will help me not take my life for granted and provide a great outlet! Your invited to enjoy the life God has given me and how I see it!